The Path of Commitment 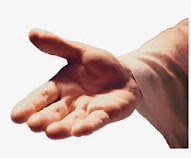 the same hath not the Father:

he that acknowledgeth the Son hath the Father also.

If God offered His hand to you, would you take it?

Would you commit yourself to Him?

Let's face it, people are afraid of commitment.

It sounds so final.

In this world, unless they get something out of it -- usually, boatloads of cash, prestige, and power -- they will not commit to a project, even a relationship.

Humanity has sold out.

But what if the Divine asked for the human?

What if Jesus held out His hand to you?

Would you take it?

Would you let Him take over all aspects, avenues, and areas of your life, and let Him lead?

Would you follow Him to the ends of the world?

Would you be completely obedient to His will?

Would you never deviate from His instructions?

I ask you these, because I, too, had an invitation from the Lord, maybe 15 years ago.

I dreamt of Him facing me, in place of the tabernacle, at my favorite circular chapel in the big city.

He had His hands raised slightly from His sides, merely looking at me.

And I dreamt of Him at another time, His golden Light filling the doorway upstairs, but I must navigate a flight of very precarious steps (one foot width at a time) in order to get up there.

I noticed there was a drawing of a large white dove on the wall holding up those steps.

But the very first dream of Jesus took place at the start of 2001 when, literally in real life, I was searching for a place where I could really stay, for I didn't know where to go anymore, nor what work to do.

It seemed the end of the road for me.

Where before, there was success, now nothing worked.

Well, Jesus showed up as my "landlord" in that dream, and He showed me a U-shaped path, where I encountered a young girl writing on a typewriter in one corner, and as we turned left, I saw a gym-theater-type, where people were totally engrossed, watching a film, or something, and I walked behind them, as if in a theater.

But it seems, they were watching a blank screen.

As the U curved upward (for like a movie theater, it was a ramp) there was a light-filled doorway, where the Lord's form was bathed in it, and I knew the next step was to join Him, for He was still "showing" me around.

People continued to ignore us, focused on their game, or film.

The fact the path was U-shaped revealed much to me.

What made me think earth was my home?

And, of course, there were so many more dreams, indications, and warnings, from the time I was in college, that I wrote them all, and committed all details to memory.

Most could be found in the 22 books Holy Spirit and I wrote on spiritual warfare.

All these dreams, indications, and warnings, were proof that Jesus was looking after me, inviting me, waiting for me to make sense of things, to wake up, and to make a decision.

Jesus is not of this world.

Ye are from beneath;

I am from above:

ye are of this world;

I am not of this world.

Following Jesus means you follow His command you be born again.

When you let go of what is not God, be prepared for a very narrow path, where sometimes, you will be on rocky land, a precipice, or a stormy sea.

For you have challenged the norm.

It will test your commitment to seeking God's truth, which I was dearly seeking for, all my life.

I was actually seeking the "core" of my being, but what is that, but a search for God, in essence?

I kept refusing what the world was offering, and in the process, my life, and work, were in blotches.

The world would tempt you, making the deals sweet, but somehow, there is a vestige of God in you, refusing such deals.

You cannot sell your soul for any price.

A businessman once said, everyone had a price.

That's when I knew he had sold out.

Another said, don't trust anyone, not even yourself.

Well, who do you trust?

Self was all I had then, so I trusted self.

And I'm glad, for that tiny fire in my heart kept burning as I searched for the truth of my being.

And now, being born again, I knew it was all "training", for the tougher days ahead, for your faith will be continually tested.

It was only when I finally gave up all research the world offered me, that God showed up, and led me to Bible prophecy, which forever changed the course of my life.

It was the surrender God was waiting for.

And when I finally saw the Light of God's Truth -- through the Holy Spirit who led me to watch those two videos, and to finally read the Bible -- my commitment became total.

There was no other path but Jesus.

And now, Jesus was showing me the way.

The Holy Spirit will awaken and alert you, night or day, to God's truth which you need to know, for every step we take now is critical.

Thus, the 22 blogs which the Holy Spirit and I created soon after.

In the 18 months since becoming born again, the Holy Spirit and I have created 24 digital books (22 fiction, 2 non-fiction), 22 blogs together, and I don't see us losing steam at all.

I don't take credit for those.

It's all Holy Spirit piecing the details of my life, and His clues, together.

If there's anything I did right, it was to pay attention to God's clues ALL the time.

I took note of every dream, thought, or experience, that felt strange, or unusual.

And boy, there were many.

Too many, that it filled so many little notebooks.

I think, God likes that.

Otherwise, He wouldn't have shown up, at the most opportune time, for me, and Him.

Those two things had to connect.

His patience waiting for me, and my day of surrender to His greater power.

He knew I was committed, the day I was born.

He knew my life would be especially difficult, and even strange.

He knew I'd feel strange in this world, and that there would be constant threats, and battles.

He knew I'd commit to the task of searching for Him, no matter what.

It's really those three words that signify commitment.

Every inventor, every seeker, will search the ends of the world, the ends of his brain, and heart, exhaust his resources, and sometimes, even other people's help, if he is on a journey for truth.

Offering your life, for something you believe in, is commitment.

You cannot be swayed from your task, at any cost.

You cannot be derailed, nor distracted.

You keep going back "home", where the search for truth keeps you on track.

As a seeker, initially, you don't know that truth.

You just know it's there.

How little I knew I contained it all along.

Jesus was always in my heart.

But He let me take the long way back home.

And the Lord keeps me busy.

The hearth now has a fire burning constantly, as the Lord delivers me His truth each day.

There is no time for things of the world, only God.

The world will distract you from the Lord.

That never worked then.

Jesus is all that remains.

Email ThisBlogThis!Share to TwitterShare to FacebookShare to Pinterest
Labels: being born again, Bible power, getting an answer from God, Grace from God, loving God, the end times, the road to righteousness, victory in Jesus
Newer Post Older Post Home

WALKING in the SPIRIT

Galatians 5:24 King James Version 24 And they that are Christ's have crucified the flesh with the affections and lusts . What does wal... 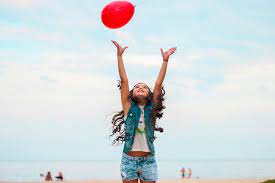 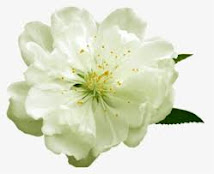 1 Corinthians 2:2 KJV
2 For I determined not to know any thing among you, save Jesus Christ, and him crucified.

Leila Casusi
Hosea 6:6 King James Version 6 For I desired mercy, and not sacrifice; and the knowledge of God more than burnt offerings.